Your Marketing Operational and Mentoring Tools Are Just One Click Away

The coupon code you entered is expired or invalid, but the course is still available!

By this time next month you could have your own DogSmith business living your passion with the Help & Support The DogSmith Can Provide!
Your Very Own Business and Training Mentor, Plus So Much More .....

For a surprising low start-up and monthly fee a DogSmith license gives you access to all The DogSmith trademarks, programs, support services and resources. These are products and services that we have developed over the last decade and represent the most science-based humane methods, services and products available in the industry. In addition, for those just starting out basic to advanced training is available in all aspects of dog training and pet care. All provided at a hugely discounted price exclusively to DogSmiths.

Going It Alone Is Too Expensive

For most small business owners it can be financially challenging to develop a top class website, create professional branded marketing materials, client handouts, business apps and client interface systems. It can also be time prohibitive to develop all the tools and resources you need to support your brand and market your product. On top of that you have to run your business, be able to manage your business finances, develop and execute your marketing plan, hire and train your staff, and all the other demands of running your effective and profitable business.

Professional or Newbie - Behavior Geek or Pet Care Expert! We Have you Covered

Being a DogSmith makes your journey to success faster, more cost-effective, less stressful and more fun than going it alone:

The Best Way To Get Out Of The Rat Race and Into What You Love!

What You Get For Your Monthly DogSmith Fee

Joining the DogSmith is affordable & Easy.

So how does this work, i can hear you thinking? 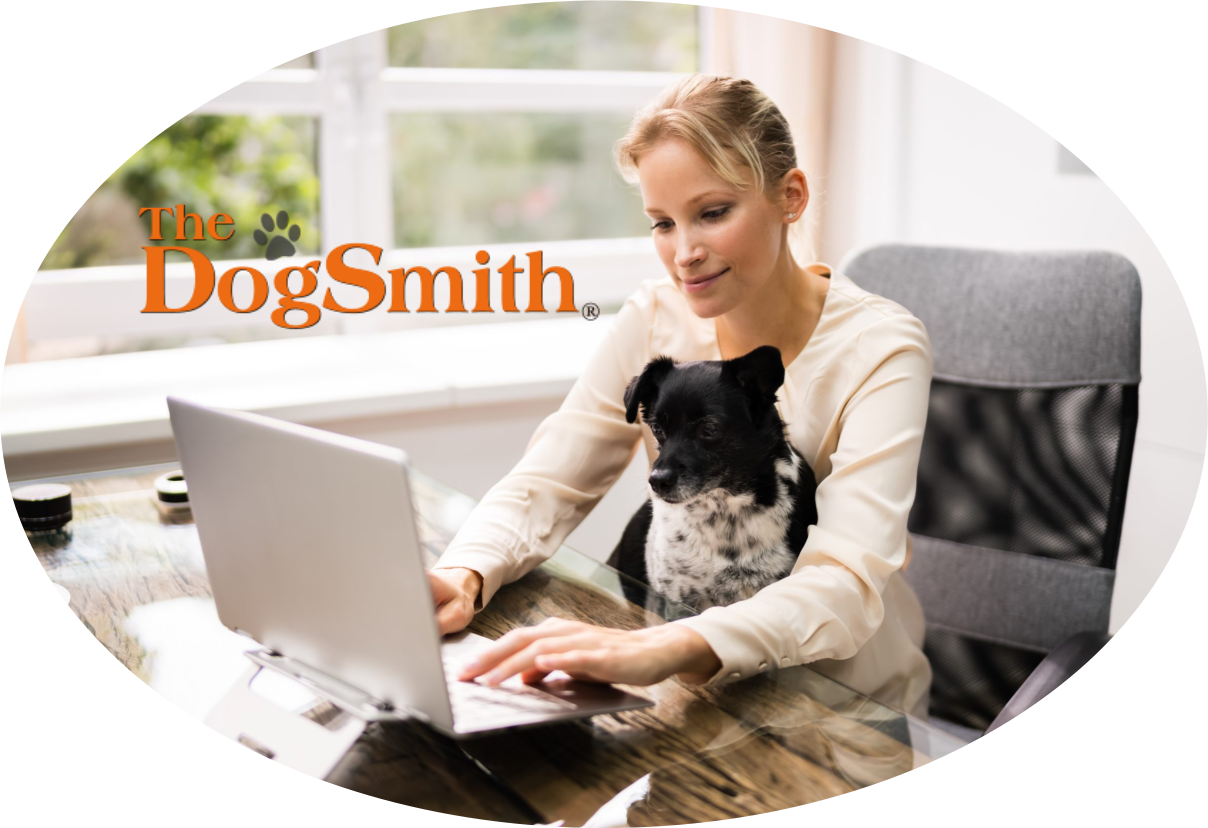 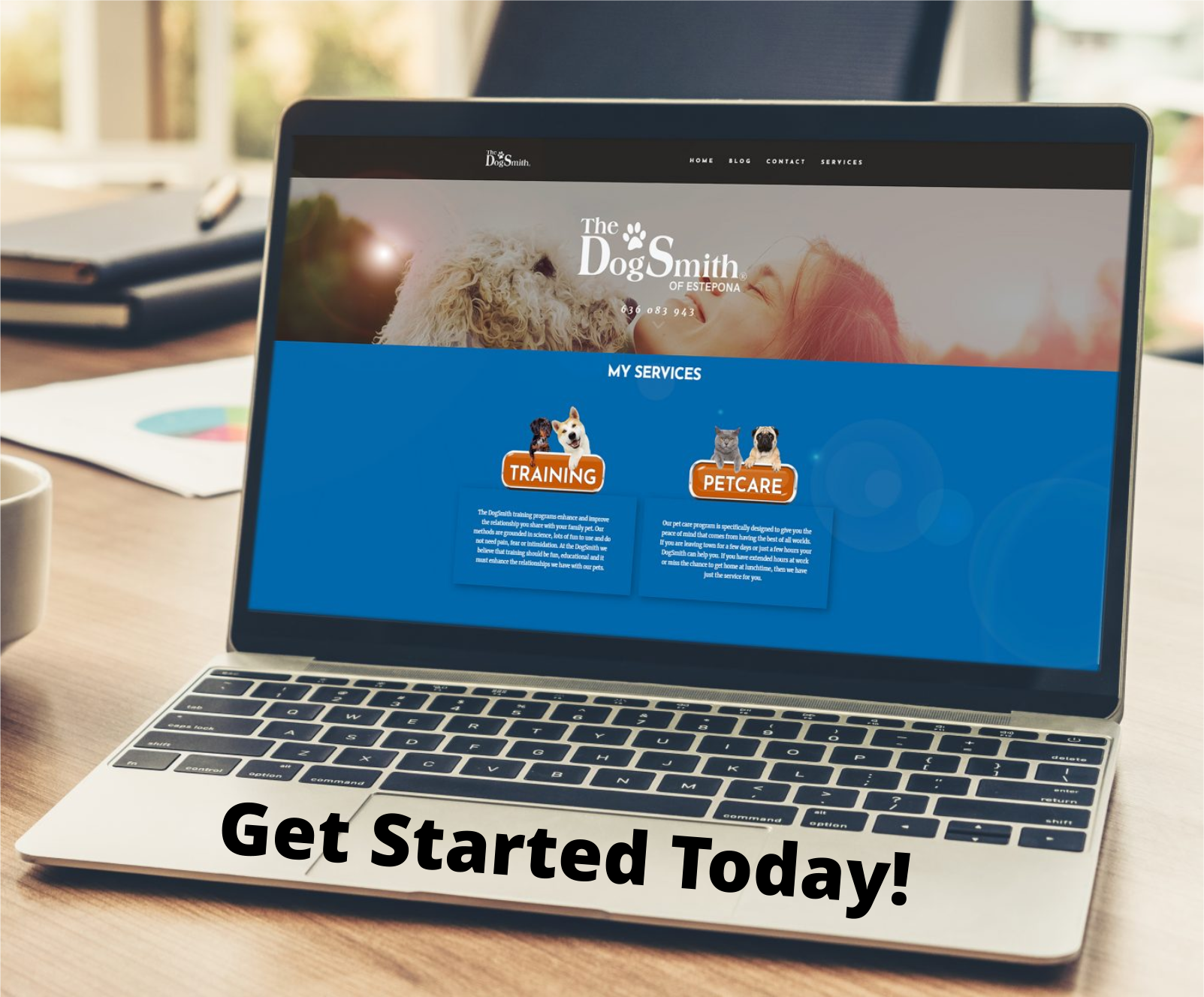 Being part of the DogSmith and a larger family does have its obligations. Actually, it has just two.

Below you will find a simple two-page document that has on one side the DogSmith confidentiality clause and on the second page you will see the legalize we need to provide to you regarding our Trademarks and how we all protect them. Having chosen to join the DogSmith we understand that both of us, we, DogSmith Services Inc. and you, with your DogSmith business agree to these terms and conditions. If you need to discuss these or ask questions for clarity, please do so now. 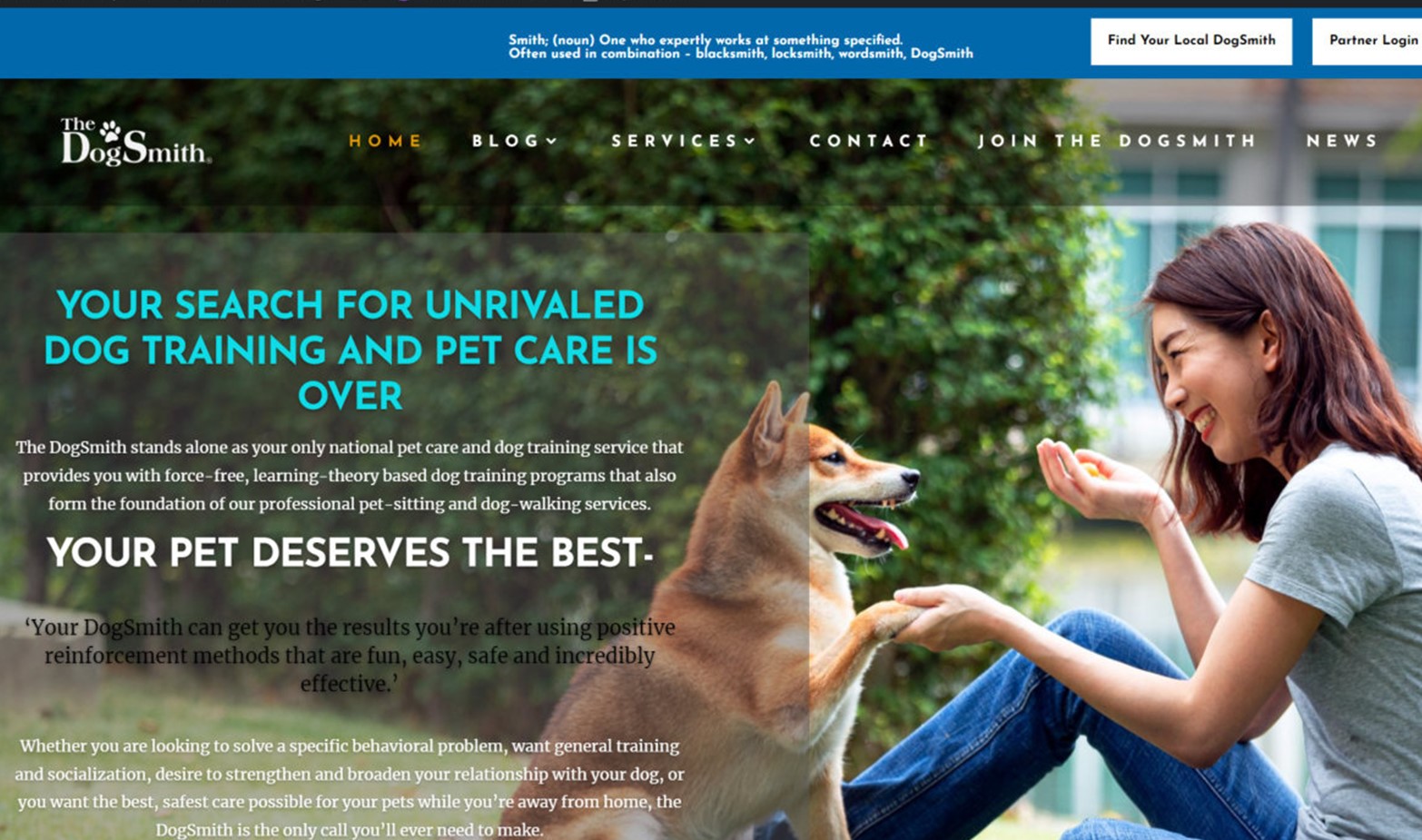 As the founder and President of The Pet Professional Guild, DogNostics Career Center and The DogSmith, Niki has substantial leadership experience in the pet industry. Niki has published numerous articles on dog training and dog behavior and her pet dog training businesses have been featured in many publications including The New York Times. Niki’s professional credentials include; AABP-Professional Dog Trainer, AABP-Professional Dog Behavior Consultant, PCBC-A and PCT-A through the Pet Professional Accrediting Board and she has earned diplomas in Animal Behavior Technology and Canine Behavior Science & Technology through the Companion Animal Science Institute. Along with Niki’s business degree and MBA from Oxford Brookes University she is also a certified Six Sigma Black Belt, a HCITB TS1, TS2 & TS3 certified people trainer and a certified Facilitator and Project Manager.

Louise is a Partner and Faculty Member of DogNostics Career Center and Board Member of The Pet Professional Guild. Louise has constantly built on her knowledge and furthered her education in the field of force-free, rewards based, science-based pet training. The creator of the DogNostics’ Dog Trainer Certification Program, Louise has presented at conferences internationally and has gained a reputation for expertly teaching and training humans and canines at her own establishment, The DogSmith of Estepona, in Southern Spain, where she offers a wide range of both group and private classes and pet dog services.

How quickly can i be up and running?
On average we have a new DogSmith who is already a professional up and running in a couple of weeks. If we are also providing the education then it takes longer.
How long do I have access ?
As long as you are active and in good standing with the DogSmith you will have access to all the benefits provided.
What is the cost to join The DogSmith?
The DogSmith enrollment fee is $500.00 for a protected territory. To access all the Trademarks, website, call center, products, apps etc; it is s $250.00 per month.
Do we have to be named the DogSmith
No, you can keep your existing name and then become The DogSmith of a particular area. The DogSmith name is great because it can be used as a noun and a name
Can i talk to somebody before i make a decision
Yes of course, if you visit this page on our site you can read more and set up a no obligation chat https://dogsmith.com/join-the-dogsmith/
How long has the DogSmith been in business
We opened our first DogSmith in 2008. The business had been around since 2004 but we rebranded to a more sophisticated name
When did the first DogSmith join?
The first DogSmith came on board in 2009 and are still in business today in Florida
Does the DogSmith work overseas?
Yes, we have DogSmith partners in Europe, the UK and in the USA
off original price!

The coupon code you entered is expired or invalid, but the course is still available!